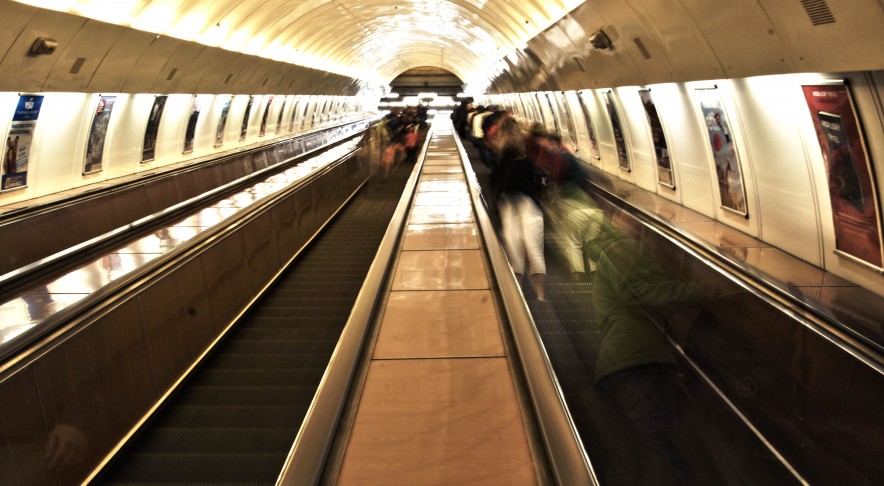 A few weeks back, I noticed that my clients weren’t getting back to me. It happened slowly at first, then one at a time our conversations, commitments, appointments and even payments started to slide. It was only few days late, here and there. But it was starting to add up.

And I had LOTS of good reasons.

Some of them were traveling, and hard to reach. They haven’t been as clear about their needs as they typically are. They are really busy. It’s summer now, people have vacations. Ah yes, that organization is going through a lot of turmoil right now. I suppose that coaching isn’t the first thing on their list.

But the truth is, it was my fault.

By the time that I noticed, I suspect it had been going on for several months at least. And when I walked the dog backward, I started to see a stark mirror of their actions reflected in my own behavior.

I was really busy. I had been traveling a lot. I haven’t been clear in my intention to support them. And… though I hate to admit it… our coaching wasn’t the first thing on my list.

What’s more, I had been holding off on a number of big decisions in both my business and personal life, and the hesitation was starting to take a toll on my overall sense of confidence. In February I had a vision for my work that just about scared the pants off of me. And it looked as though it just might work. It was as though the entire world was poised to help me execute on the most compelling of my dreams…

and all I had to do was to take the next step.

If you’re laughing now, I bet it’s because you know exactly what I’m talking about. In my case, it took a good three and a half months’ worth of indecision, and the related consequences, to finally wake me up. No don’t get me wrong. I wasn’t doing nothing all that time. Au contraire! I was doing ALL of the things I knew I was supposed to do to build a great business and serve my client base. Speaking. Traveling. Hosting roundtables. Opening conversations with new potential clients.

But I wasn’t deciding. And I wasn’t taking action on the one or two key moves that scared me the most. And in my hesitation, I was creating static in the system such that the opportunities that were lining up to meet me couldn’t quite get through.

This might sound crazy, but decision – saying YES and taking the first step – opens a whole host of doorways that are maddeningly invisible in the moments just before.

To quote W.H. Murray, from The Scottish Himalayan Expedition (1951), “the moment one definitely commits oneself, then Providence moves too. All sorts of things occur to help one that would never otherwise have occurred.

Would you like to play a game with me?

When was the last time you got a glimpse of the future, and then talked yourself out of it before even beginning?

Think back to that moment. What did your gut tell you to do, that you ultimately avoided?

Check in with yourself… Is it still relevant?

Now I’m not going to tell you what to do. But if you’d like to play the game, your next step might look something like leaning in to the very decision that scared you the first time.

For some, it’ll be a big splash. Pick up the phone and make the call. Go to the event, send in the application, write the blog post, make the payment, sign up for the class.

For others, it might be a bit more subtle. Call a mentor and ask for some advice. Tell a friend you’re ready to begin. Do some research online.

How you do it doesn’t so much matter. What’s important is that you take a real and committed step toward the very thing that SCARES you MOST.

And that you do it NOW.

What I’ve learned in the last few months is that momentum is a product of the yes’s we say, and the pace at which we say them.

In your movement practice,

See if you can put away the censor this week. Put on some music and dance your heart out. Don’t think about how it looks, just practice listening for the impulse and obeying its command. Get on your bike without a plan. Ride in your favorite direction and turn when your body says turn. Keep your eyes open. Keep your heart open. Let yourself love what you love.

And let your desire guide you.

It’s pretty much the same. Eyes wide open. Heart wide open. Check in with your gut. What WANTS you to say yes? What are you longing for? Procrastinating because it’s too big, or too scary, or too expensive, or too unpredictable.

Is it good for me, and for others? Does it support my vision of who I most want to become? Does it ask me to stretch, in a good way?

Then take the next step.

If the answer is NO, say NO and move on. Ready for the next thing is better than hedging on the wrong thing!

And if the answer is yes… well… you know what to do.

This week, I challenge you to put down your ego, surrender to your intuition and go on the ride of a lifetime.

On the ride with you,

← What Matters. Really.
Self-Mentoring: Getting Promoted from the Inside Out →

Are you ready to stop the energy leaks and harness your deeper wisdom to power your innovation efforts? Want to see your team truly walk their talk? Join our inspiring tribe of thinkers and doers, and receive some practical tools today.